Montana and the 19th Amendment 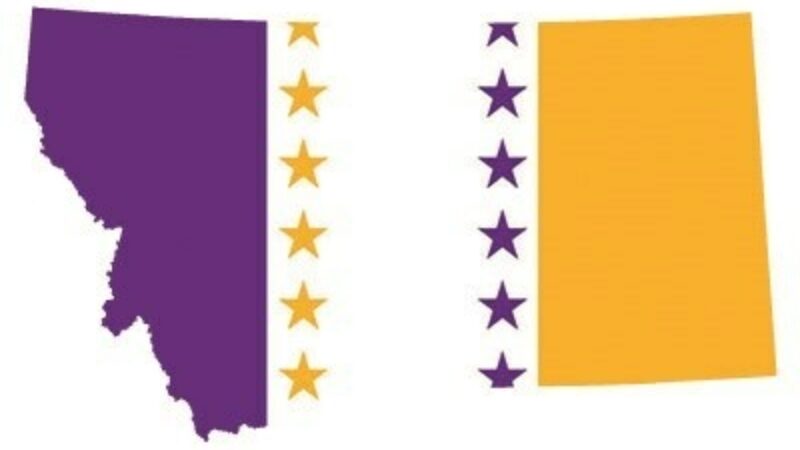 State of Montana depicted in purple, white, and gold (colors of the National Woman’s Party suffrage flag) – indicating Montana was one of the original 36 states to ratify the 19th Amendment.

The U.S. ratified the 19th Amendment to give suffrage to women on August 18, 1920, but there was a long road that led up to huge progress for women.

Beginning in the 1800s, women organized, petitioned, and picketed to win the right to vote, but it took them decades to accomplish their purpose. Between 1878, when the amendment was first introduced in Congress, and August 18, 1920, when it was ratified, champions of voting rights for women worked tirelessly, but strategies for achieving their goal varied. Some pursued a strategy of passing suffrage acts in each state—nine western states adopted woman suffrage legislation by 1912. Others challenged male-only voting laws in the courts. Militant suffragists used tactics such as parades, silent vigils, and hunger strikes. Often supporters met fierce resistance. Opponents heckled, jailed, and sometimes physically abused them.

At this point, it seemed as though women's suffrage was a lost cause: despite efforts, progress on the federal amendment stalled. Women in Montana began to campaign for changes to state suffrage requirements, voting in favor of women's suffrage, 53% to 47%, on November 3, 1914.

While Jeanette Rankin is the most famed of the Montana Women Suffragists (and later becoming the first female Congressperson in the U.S.), she was by no means the only one. Montana Women's History, a project of the Montana Historical Society, writes:

...the movement’s final triumph involved hundreds of women across the state. Belle Fligelman, of Helena, shocked her mother by speaking on street corners and in front of saloons. The Women’s Christian Temperance Union mobilized its 1,500 members to engage in a neighbor-to-neighbor campaign. Margaret Smith Hathaway, of Stevensville, traveled over 5,700 miles promoting the cause, earning the nickname “the whirlwind.” And local groups, like the Missoula Teachers’ Suffrage Committee, published and distributed 30,000 copies of their leaflet “Women Teachers of Montana Should Have the Vote.” Together, they created the momentum to see equal suffrage pass, twenty-five years after, at his wife Clara’s behest, Perry McAdow first proposed equal suffrage at Montana’s 1889 constitutional convention. Suffrage supporters rejoiced and followed up their victory in 1916 by electing Maggie Smith Hathaway (D) and Emma Ingalls (R) to the state legislature, Jeannette Rankin (R) to Congress, and May Trumper (R) as Superintendent of Public Instruction.

Jeanette Rankin used her position in Congress to once again push for legislation to give women the right to vote. In 1918 as a result of her work, the U.S. House of Representatives voted to move the legislation forward to the Senate, where it was ultimately shot down.

In 1919, the Susan B. Anthony Amendment (later known as the 19th Amendment) was on the table for the House to vote. They once again voted in favor, 309 to 90, and passed the bill on to the Senate. After much heated debate, the Amendment was passed on June 4, 1919 with 56 votes yea and 25 votes nay. They won by one vote.

With the passing of the 19th Amendment by the Senate, all that remained was for 36 states, two-thirds of the states, to ratify the Amendment. By August 18, 1920, voting rights were given to women in the United States.