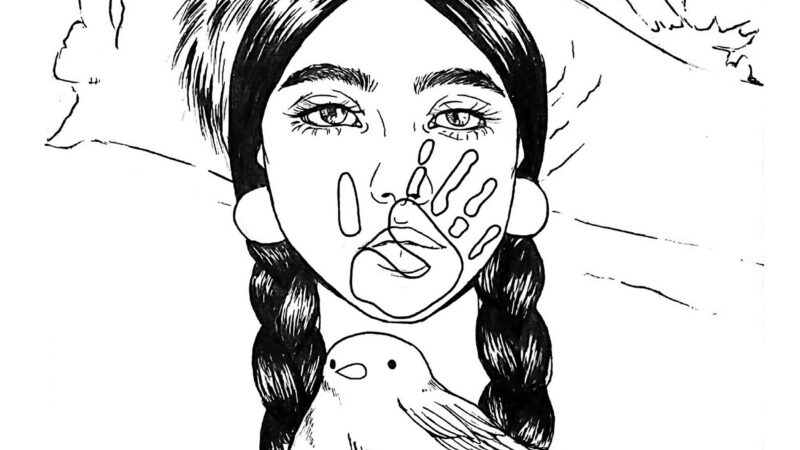 The Snowbird Fund directly supports Montana Native families by providing immediate financial assistance to families or individuals leading the search for their missing loved ones in urban and reservation areas.

Direct payments of $500 will be made to individuals to offset the considerable expenses families incur while searching, at their own expense, for their loved one. Assistance may be used to cover expenses such as:

Individuals actively leading a community search for a missing loved one are eligible to apply online at mtcf.org/grants/apply-for-a-grant/snowbird-fund.

Requests for assistance will be reviewed by the fund committee. A decision and payment for approved requests will be made within two weeks.

There is currently more than $50,000 in the fund. Additional contributions to the fund can be made at www.mtcf.org/giving/our-funds/snowbird-fund.

The Snowbird Fund is a response to the Missing and Murdered Indigenous People (MMIP) epidemic, which has been a problem for decades and continues to spread across Native communities, including those in Montana.

Each year, about 20 Indigenous women and girls go missing in Montana, often never to be found. Native Americans constitute about 6.5 percent of the state population but account for 27 percent of Montana’s missing persons cases.

One of the most tangible and effective ways to support Montana Native communities and families searching for their missing loved ones is by providing direct support of the community searches they themselves are conducting.

“The MMIP crisis has a devastating impact on Montana Native communities and families,” said Mary Rutherford, President & CEO of the Montana Community Foundation. “The goal of the Snowbird Fund is to mobilize resources quickly and effectively to the families who need them -- without complex applications or reporting requirements.”

The Snowbird Fund was established at the Montana Community Foundation by Montana businesswoman Whitney Williams. Williams recently opened the fund, the first of its kind in Montana, after hearing from, among others, a Crow tribal member, Grace Bulltail, whose 18-year-old niece was found murdered in Big Horn County in August 2019.

Kaysera Stops Pretty Places was reported missing on August 27, 2019. Her body was found two days later by a passerby in the backyard of a Hardin, Montana home. Bulltail and family members felt law enforcement wasn’t doing enough to investigate the case, which was deemed “suspicious” by authorities. Stops Pretty Places’ family’s advocacy helped to ultimately build support for a march for missing persons and a local task force to investigate such cases.

“I would like to speak to Whitney about her plans for addressing the crisis of missing and murdered indigenous women in Montana,” Bulltail, an assistant professor at the University of Wisconsin-Madison Nelson Institute for Environmental Studies, wrote to Williams when she was running for Montana governor in 2020. “My niece Kaysera Stops Pretty Places just turned 18 and was about to start her senior year of high school when she was murdered in Big Horn County in August. Every level of the justice system in Montana has been dismissive of my family in our attempts to seek justice for Kaysera. Whitney, if you want my family's vote as well as other MMIW families in Montana, we need you to have serious plans that will dedicate resources to helping our families.”

Whitney spoke to Grace and others who had lost family members in an effort to better understand the priorities and needs of these families and hear from those organizing grassroots efforts to search for their loved ones. Though Whitney did not win the primary race for governor, she remained committed to helping as a private citizen. She reached out to the Montana Community Foundation for help in launching the fund to directly give resources to families.

“Visiting with Bulltail and other family members,” Williams said, “brought to light the need for urgent help on this issue, which spans the country and is especially acute in Montana.”

“These families deserve attention and support. In a small way, we’re going to fill a gap and simply help families as they search for their loved ones. We hope others will join us.”

Bulltail agreed, noting that many times families of Missing and Murdered Indigenous Persons have to set up a GoFundMe account to raise funds online to defray funeral and other expenses.

“There are not many resources,” Bulltail said, adding the state created the Montana Missing Indigenous Persons Task Force to try to better coordinate law enforcement and official resources in searches for missing and murdered indigenous persons. “But people need actual [financial] support.”

Williams long has been involved in Indian Country. She helped to establish the first Native language program at the University of Montana, where she received a minor in Native American Studies. Marvin Weatherwax Sr. of Browning, a member of the Blackfeet Nation, was an instructor at the University of Montana and said he gave Williams the name Snowbird “Issstotsistakii” (the name of the fund) because snowbirds (Juncos) are resilient and smart birds that don’t leave Montana in the winter.

The Snowbird Fund is meeting an important need for families in Montana who are in the middle of a horrific experience, none of us can imagine, unless it has happened to us, said Anna Whiting-Sorell, a committee member for the fund. “For many Indigenous families, we understand the pain and anguish of having a loved one go missing. Whitney listened and heard the stories from Montana families, as she is great at doing. She is taking action to assist in a meaningful way. “

Requests for assistance from the fund will be reviewed by the Snowbird Fund committee, consisting of Ivan MacDonald and Marilyn Zimmerman, in addition to Whiting-Sorrell.

The Montana Community Foundation is a statewide community foundation dedicated to cultivating a culture of giving so Montana communities can flourish.

“We are proud to serve as Whitney’s partner on this fund and be a small part of addressing this crisis in our state,” said Rutherford. “We are grateful to see the power of philanthropy at work in this way.”

For questions about the fund, please contact MCF Vice President, Jessica Stewart-Kuntz, at (406) 441-4950 or jessica@mtcf.org.
You can find additional news and resources on Murdered and Missing Indigenous People (MMIP) at mtcf.org/giving/our-funds/snowbird-fund/mmip-news-and-resources.