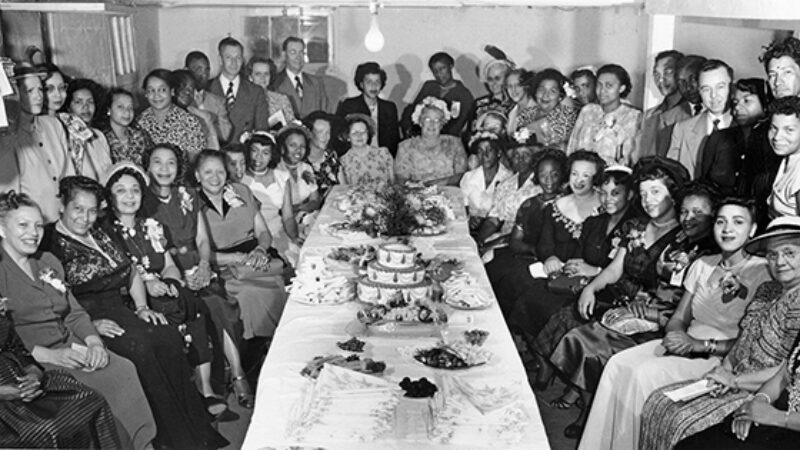 To kick off February and to celebrate Black History Month, we wanted to highlight some of the awesome African American women of Montana!

Mary Fields is a woman who continues to inspire legends of the Old West. She was a former slave from Tennessee, who after the Civil War and emancipation moved to Ohio to work at the Ursaline Convent. There she met and became close with Mother Amadeus. Mother Amadeus was sent to Cascade Montana to start another Ursaline Convent; while she was there she fell ill. Known for her tenacious loyalty, as soon as Fields heard word of her dear friend's illness, she embarked on a treacherous 1,600 mile journey to visit.

In Montana, Mary Fields became the first African American woman star (contract) rout mail carrier for the United States post office (and the second woman to ever hold that position). She held this position for 8 years, guarding the mail as she rode between Cascade and St. Peter's Missionary. Fields was known for being a loud and independent, gun-slinging, whisky-drinking, pants-wearing force of a woman. The locals loved her for her generosity and her kindness, especially towards the children of the town. She was beloved and a fixture of her community until her death on December 5, 1914.

Click the photo above to read more about Mary's life.

Sarah Gammon Bickford was born into slavery in North Carolina, and eventually became the first African American woman to own a utility company Montana, and possibly even the whole United States. In 1870, a judge moving from Knoxville, Tennessee to Virginia City, Montana offered Bickford free travel in exchange for caring for his children. She accepted the offer, and in 1871 began her life in Montana.

She eventually moved to Laurin, Montana Territory where she met Stephen Bickford, a white man from Maine. Together in 1888, they acquired a portion of the water system that supplied Virginia City with drinking water. When her husband died in 1900, he left Bickford with two-thirds ownership of Virginia City Water Company, a small farm, lots in Virginia City, interests in gold mining claims, and one share of stock in the Southern Montana Telegraph and Electric Company.

Bickford assumed control over the company and eventually purchased the last third of ownership from her longtime partner, becoming the first African American woman to own a utility company in Montana.

Click her photo above to read more about Sarah!

Gloria Conyers Hewitt was born in South Carolina in 1935. In 1962 at the age of 27, she became the fourth African American woman to ever receive a doctorate degree in mathematics.

She completed her Bachelors of Science at Fisk University in Tennessee. Lee Lorch, one of her instructors at the university, had so much faith in her mathematical abilities that he secretly recommended her to two schools; in her senior year, Hewitt received a fellowship offer from the University of Washington without even having applied. In 1961, just before the completeion of her Ph.D, she joined the faculty at the University of Montana.

Hewitt has spent her career working to inspire her students and other young people to pursue mathematics. She has contributed to the national Advanced Placement (AP) calculus curriculum and examinations, served on the executive counsil of Pi Mu epsilon, and on the committee responsible for the math section of the GRE.

Click her photo above to read more about Gloria!